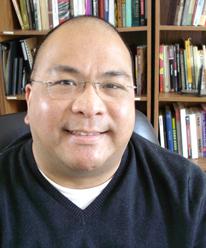 Benjamin Zulueta earned his BA in history at UC Berkeley. He completed his PhD, in Asian American History and the History of Science, at UC Santa Barbara.

Dr. Zulueta is currently completing a book, under contract to the University of Hawai’i Press, titled Forging the Model Minority: Chinese Immigrants, American Science, and the Cold War. In it, he examines the historical origins of the “model minority” image of Asian Americans in the managed migrations and narrative assimilation of highly-educated Chinese refugees during the 1950s and 1960s.